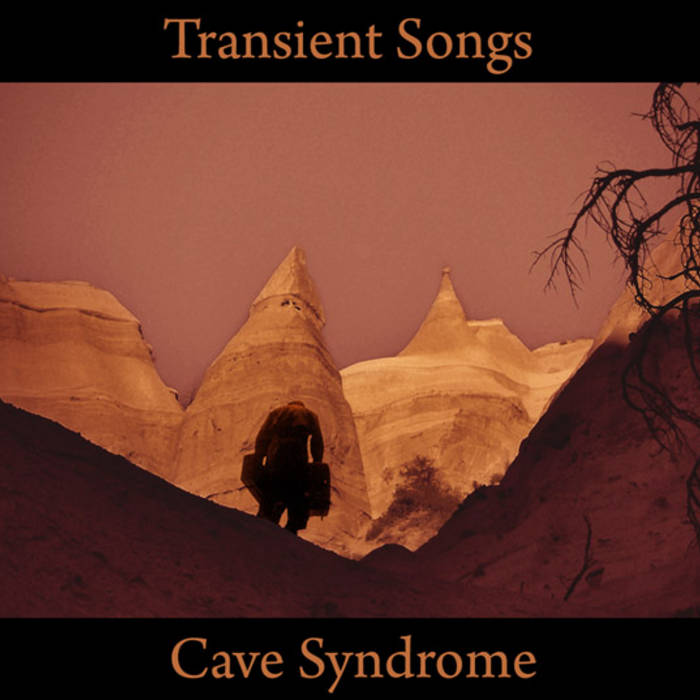 Cave Syndrome is the first LP by Seattle based Transient Songs (John Frum). Before departing to Seattle, Frum spent his formative years playing in a slew of obscure and somewhat known Texas bands from fronting 90’s North Texas cult band Hasslehorse to a stint behind the drums for Dallas punkers Hagfish (whose members went on to play with radio heroes Rise Against and Texas icons the Toadies). After arriving in Seattle and meeting Lawrence transplant bassist and multi instrumentalist Andy Gassaway (from Lawrence critical favorites The Pomonas), and discovering they both shared an affinity for 70’s psychedelic rock, Transient Songs released their first EP: the delicate yet feedback laden Plantation to Your Youth in 2008 to acclaimed reviews that compared the EP’s vibe to that of Pink Floyd with the density and disorienting fuzz of Jesus and The Mary Chain. Although traces of the garage psychedelia that litter the EP exist on the new release, Cave Syndrome is a grander musical departure. Those who dig Mercury Rev, The Byrds, Galaxy 500, modern era Church, and the distinctive guitar work that harkens elements of The Chameleons and Galaxie 500 coupled with the lyrical desolation of Scott Walker may find vibes and songwriting on Cave Syndrome to their liking. Comparisons aside, Cave Syndrome is an album that transcends specific genres and dwells comfortably in its own ethereality.

As the first songs for Cave Syndrome were being written and recorded Frum shattered his right humerus bone in an accident and brought the recording process to a grinding halt for five painful months. The isolated winter of the Northwest and a series of tragic personal and difficult psychological events slowed the process even more. As the bone healed and winter wore on, Frum continued writing and recording, bringing in other musicians as needed. In addition to judiciously culling the best writing from the time period, the richly textured and occasionally sparse arrangements also benefit from lush adornments of cello and violin throughout the album.

Although the introspective and impressionistic songs on Cave Syndrome lean to the darker side of the sonic landscape, glimpses of light shine trough like the much welcome sun after a long Northwest winter. Recorded primarily by Frum and Gassaway at his Seattle home, the album additionally benefits sonically from being mixed at Two Sticks Audio in Seattle by engineer Michael Benjamin Lerner and mastered by longtime friend and go to mastering guru Chris Hanzsek.

Bandcamp Daily  your guide to the world of Bandcamp

YUNGMORPHEUS introduces his latest project, plus jams from Michael Sneed and Navy Blue